For the benefit of our new and younger club members articles containing Adelaide Masters' history and past personalities will be a regular feature in future AM newsletters.  Di Simons, one of our founding members has written this one.

In the early 70, she writes, a group of coaches and ex-amateur swimmers met regularly to compete as a means of staying fit and keeping in touch. The called themselves the Old Time Swimmers League. 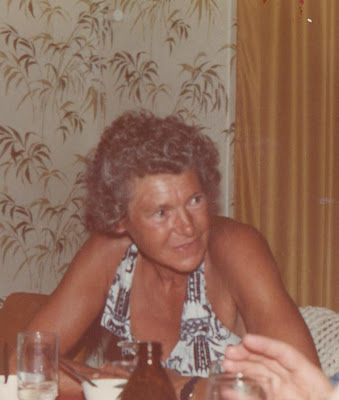 Josie Sansom (left) was part of this group. She had been chosen to represent Holland in the 1948 Olympic team until TB and the removal of a lung put paid to her aspirations.

Josie heard about a group called the Australian Union of Senior Swimmers International (AUSSI) which had been formed by returned diggers in NSW. Consequently Josie, Stan Walker and Pam Squires went to Harbord Diggers Club to compete and that was the nucleus of Adelaide Masters.

Ours was the first AUSSI club in SA formed in November 1977. Ern Reddaway, the manager of the Parade Pool (now State Swim Norwood), was our patron and he allowed us to use the pool free 3 nights a week for training. Impromptu meetings were held on the back lawns as we scoffed a sausage sizzle.

Josie became our much loved and revered coach and would coerce/cajole us into time trials and swims we thought beyond our capabilities.

Twenty eight members competed at Melbourne Nationals at the Footscray Pool completing 9 swims in one day. The team was placed 2nd overall, won the St Leonard's Trophy, and thereby became a force to be reckoned with at future Nationals.

The oldies at our club were a canny lot who would all get together to plan their swims to maximise points for the club and up until the mid 2000s when they were all in their 80s, scored a large percentage of our winning points at Interclub meets and made a great contribution serving on various committees over the years. Names which come to mind are: 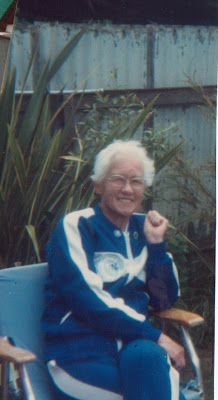 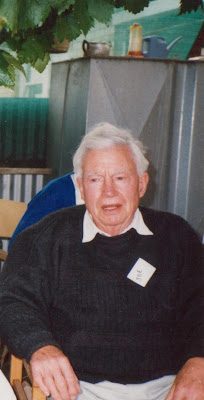 Mavis Boase (left) who at 68 won the Henley to Grange swim. She complained that she swam it 5 minutes slower than she had when she won this event 50 years before and said with a chuckle, 'They looked at me and saw a little frail old lady.' She has since passed away.

Joe Savage (life member below) who endeared himself to everyone when he entertained us all night at a restaurant under the Princes Bridge at the Melbourne Nationals. He had a beautiful bass voice and his last rendition was at the Darwin Nationals in 1999 when we were on a sunset yacht cruise - a memorable night! He competed into his 80s and I have a memory of him diving in and swimming 50 metres with his togs around his ankles because he'd forgotten to tie up his bathers! Sadly he passed away in 2007. 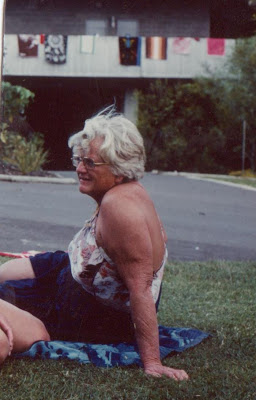 Mary Kemp, life member, (below) joined in 1982 because her son told her she wallowed in the water instead of swimming. Mary regularly brought along cakes to raffle at our training sessions to raise funds to subsidise our trips to the Nationals. We all felt desperately sorry for her when she was regularly disqualified for a screw kick in the breaststroke events. Turned out it was a hip problem causing this disability. She was swimming and competing regularly (she is now aged 89) until a knee reconstruction slowed her down this year. Mary plans to get back in the water as soon as possible.